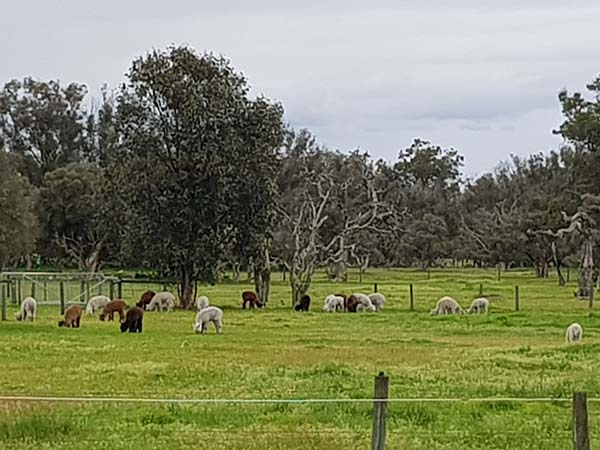 Banksia Park has been owned and operated by George and Jenny Jackson in Serpentine since 1992, both have been heavily involved on the committee of the Western Australian Central Region of the Australian Alpaca Association. They have a daughter Sophie who is currently working as the Farm Manager.

George is a Veterinarian and also owns a small animal Hospital in Spearwood, Western Australia. Having been Vice President and Chair of Animal Health and Information for the West Australian Alpaca Region, George has presented workshops and lectures at both the Queensland and Western Australian National Alpaca Conferences. In recent years George has presented at both the Royal & National New Zealand Conferences. Jenny is a trained nurse and midwife and has a long farming background.

Jenny is one of Australia’s most experienced alpaca judges and has gained valuable experience judging at Royal Shows throughout Australia. A trip to Peru to complete the International Alpaca Judging Course run by Maggie Krieger and Julio Sumar was the experience of a lifetime. It was a great honour for Jenny to be invited to judge the National Show and Auction in 2000, 2002 and again in 2008. In recent years Jenny has judged in New Zealand, Canada, United Kingdom and presented workshops in these countries as well as in South Africa.

Sophie manages Banksia Park now and has started her own stud “Banksia Park SKJ” specialising in “coloured and black huacayas”. She has also been coordinating the collection and sale of alpaca fleece through her business Alpaca Express. Sophie has also been running a Minature Irish Donkey Stud, since 1997 which is one of very few left in Australia. In 2007 she won the Scholarship for “Future Women in Industry” sponsored by Alcoa. In 2008 Sophie represented W.A. in the AAA National Junior Judging Final and recieved the Champion Junior Judge Trophy sponsored by “The Land”. Sophie successfully defended that title again in 2010. Sophie has started the training to become an alpaca judge.

Banksia Park provide stud service and agistment for some 800 alpacas making it the largest alpaca herd in Western Australia. Banksia Park has been heavily involved in the development of Embryo Transfer in the Australian Industry and was the first stud to pioneer Multiple Ovulation techniques in conjunction with Dr Jane Vaughan.

Banksia Park have a team of impressive superior quality stud males noted for the impact they make on their progeny, fine dense lustrous fleeces. The aim is to breed towards fine fleeced animals while continuing to improve fleece lengths and density and thereby improving fleece weights. Banksia Park are the only alpaca stud to win the coveted Governors Cup at the Perth Royal Show for the most successful animal exhibitor, once in 2006 and again in 2010& 2011

Banksia Park believe the Australian alpaca industry will be a significant fibre producer to the world. Foundation members of the Alpaca Co-op since 1995, they continue to collect& sell fibre through their Alpaca Express business. Alpaca Express sells raw fibre, yarn and alpaca products to the local market and overseas.

Banksia Park has won many Supreme Champion titles at the Perth and Melbourne Royal Shows and is proud to have supplied many new breeders with Show winning alpacas. In 2005 Banksia Park Khan ET won 4 Supreme Champion Titles in WA, Melbourne and the National Title in Bendigo in 2005. Banksia Park Khan ET was sold at the National Auction for an Australian Record price of $170,000. A share of “Khan” has since been purchased back so he continues to add to the quality of animals available through Banksia Park.

In recent years Banksia Park has exported quality animals to the Eastern States, New Zealand, South Africa and most recently to China.

Banksia Park in conjunction with their Alpaca Information Centre host many educational workshops for new breeders and are heavily involved in the running of the Western Australian Central Region of the AAA. George, Jenny and Sophie are frequently asked to be presenters at Association promotional events. They have recently been presented a Certificate of Appreciation from the Australian Alpaca Association for their commitment to the improvement of the Australian Alpaca Industry. 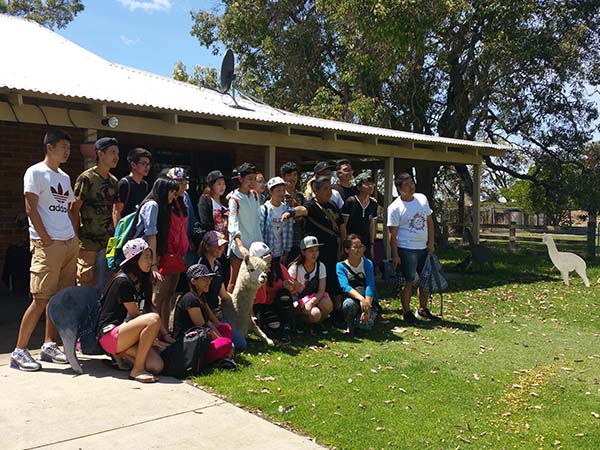